A policy form is a form or documents produced by the insurer {insurance company} in which all terms of the contract between them and the persons, business, or organization {insured} are stated.

It is a form on which the policy is relinquished or issued for delivery by the issuer.

The policy is not the contract, but merely the written evidence of it.

However, the courts will require strong evidence to contradict the plain statement made in the policy, which will be taken to represent the intention of the parties in the absence of proof to the contrary.

In practice, therefore, it is important for the policy document or form to be arranged or prepared with carefulness. Since the insurer prepares the policy form, any genuine ambiguity in the wording will be construed in favor of the insured.

This alone can be linked or related with the long-standing legal maxim, briefly known as the contra proferentem rule which means that the person who draws up a legal document is responsible for defects in and cannot profit from such defects.

The two basic style in writing a policy form

There are two basic styles in writing policy form they include

Narrative styles policy form: This is written in continuous prose, without any effort to demarcate or subdivide into paragraphs or clear-cut divisions. {Hence the name; in the sense that the policy documents narrate the cover provided}.

The earliest insurance policy was written in this style. It is indeed not challenging, therefore, to learn that the tradition has been retained in marine insurance.

Scheduled Policies: A schedule is a comprehensive list or catalog, which conveys the idea of a schedule policy form.

All parts of the policy are clearly defined sections, which for the same insurer will be identical within a class of business, except for the part termed the schedule, which all the information peculiar to that individual risk.

This is very simple and easy to understand, administer and work on. From an administrative point of view, for instance, the insurer needs to keep only a carbon copy of each individual schedules and one specimen copy of the policy form to have a complete record of their liabilities towards all policyholders.

An insurance policy may be classified into two different ways namely.

a. classification according to the manner in which the subject matter is described.

b. Classification according to the amount recoverable in the event of a loss. R. Hardy Ivamy 1986}.

Classification according to the manner in which the subject matter is described:

There are two policies within this class:

i. Policies in which the definition of the subject matter is precise as to confine the insurance to a specific object.

ii. Policies in which the definition of the subject matter is expressed in general terms so that the insurance is capable of applying to any object falling within the definition.

Classification according to the amount receivable: This particular policy fall within two class;

a. unvalued policies which is the type of policy in which the sum to be paid to the insured is not fixed by the policy. It is gotten after a loss has occurred.

b. Valued policies: This is the type of policy in which the amount payable in the event of a loss is fixed by the policy. 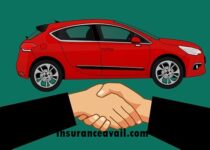