Basically, the presence of risk of loss imposes costs which can be either those arising from the mere existence of risk or those caused directly by the occurrence of the underlying peril.

The value of insurance lies in its facility as a risk transfer mechanism to reduce the cost of risk for firms, households, and society.

Besides risk transfer considerations, Other reasons may enter into decisions to insure risks.

These may include risk reduction and inspection services, risk financing, and other advice and claims handling services.

The nature of reason depends on the viewpoints of all those interested in the business of insurance.

3 active participants in the business of insurance

b. The insurer and

Public here refers to the general citizenry of which policyholders constitute only a part.

Passive participant implies a situation in which one may not have an insurance policy, yet one can make claims from an insured as in the case of third-party liability.

Given a situation of insurance-mindedness, a citizen feels relatively safe in his social, economic, and political interaction in the society as some mishaps on him by fellow citizens are covered by third-party liability.

The insured or policyholder may view insurance from the following perspectives:

i. Provision for unforeseen economic loss which may be:

{1} Self-inflicted, unintentionally, in the course of one professional pursuit, economic or personal pursuits, e.g fire or motor accident due to owners fault:

{2} Inflicted on other persons and institutions in the conduct of one professional, economic or personal activities: e.g in medical, architectural, or engineering practice or a driver of a vehicle, whereby in each of such cases the cause of the damage is the insured

{4} Sustained directly from professional, or economic pursuits of other persons and institutions e.g oil spillage, atmospheric pollution, burglary and theft, air crash, and retrenchment. In this case, the insured is the victim of people’s actions.

ii. Provision for contractual obligation with respect to

{1} debt owed to persons {legal natural} like a bank or estate agent, each arising from borrowing money.

iii. Obedient to the law of the country: The state may stipulate that insurance must be obtained in certain situations or activities. In this case, insurance becomes compulsory, whether one likes it or not.

iv. Provision for contingency and financial hardship which are probable to occur in the future:

{1} To oneself due, for instance, the regulation for statutory retirement {part of retirement benefit}:

{2} To one family due to an increase in, or inability to meet the cost of maintenance {e.g educational upkeep of children}
v. Provision against one’s economically unproductive years {retirement}.

View point of the insurer:

The basic motivation of a private enterprise insurer is profit-making. However, emphasis could differ with regard to whether it is an incorporated limited liability company or a mutual insurance company.

Incorporated limited liability companies emphasize profit in form of a decent return for shareholders on their capital outlay.

There are no shareholders and although profits can be earned, the members reap these in form of reduced premiums.

The essence is to reduce the cost of insurance to members. It is not unusual that insurance companies claim that “service” to business and society is their motivation as insurers. Strictly, such a claim is not correct.

This is not to deny, however, that a number of by-products of the insurance industry exists, which includes service to business and society.

The viewpoint of government:

The insured and the insurer looks at insurance basically from their self-interest respectively as a source of financial cover and of profit. This is a micro perspective.

The government takes a macro-economic socio-political look at the economy and views insurance along with banking, as one of the important wheels that move economic activities.

As a financial infrastructure, it is a service industry valuable to the nation, hence its encouragement by the government.

As a business that ensures the survival of other businesses, insurance is the handmaiden of commerce and industry.

By taking over the risk of the businessman, the insurance industry relieves him of the responsibility of worrying about these risks and he is therefore in better frame of mind to concentrate on the development of his particular business to the advantage of the economy.

From the interactions of the insurance industry and the other sectors of the economy, certain activities might, however, emerge that run counter to the public policy.

For this reason and other more reasons, governments of most countries of the world especially in Africa is occasionally involved {directly or indirecly} in the insurance business. 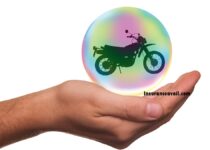