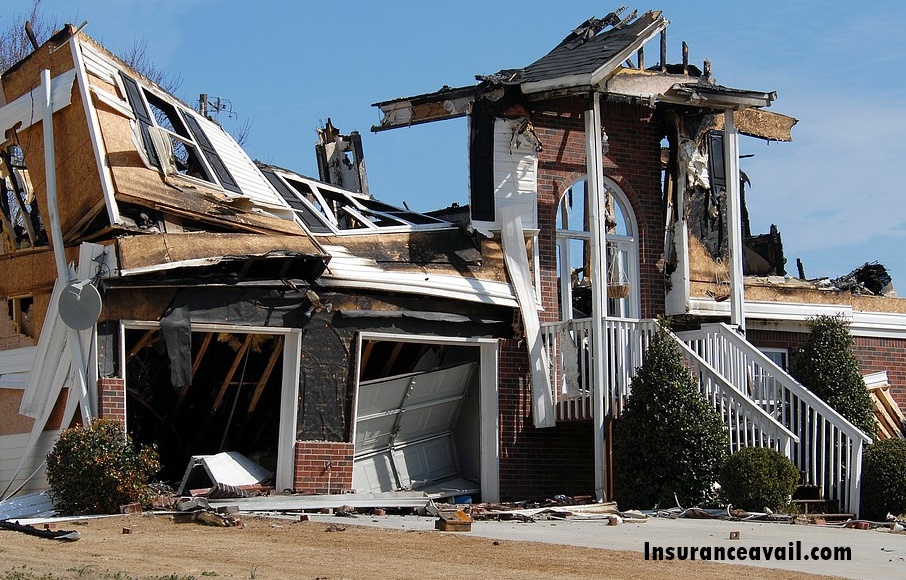 Indemnity originated from the Latin word indemnis which means ” unharmed’ or loss-free”.

When an insurance policy is said to be a contract of indemnity, it means that in the event of a loss arising from the insured peril the insured shall be compensated and ensure he returns to the same position he was immediately before the occurrence of the peril insured against.

The privilege of the insured to recover more than his actual financial loss is not allowed in the contract of indemnity.

In other words, it is possible for an insured person to recover less than a complete indemnity, for instance, where he has under-insured, but it is illegal and against public policy for the insured to recover more than the amount of his actual financial loss.

However, it is in the general interest of the public that the insured shouldn’t be allowed to make a profit from the misfortune that befalls him.

This is because if they are to be allowed to make a profit from the loss of the insured property, he may likely be tempted to destroy it, and if in the end, he does that by destroying it, this act alone could be very disastrous to the interest of the general public.

The word “indemnity” means protection against a financial loss, that is to replace the losses that occurred by putting the assured party in the same financial position he was immediately before the happening of the event.

Indemnity can be defined as financial compensation given by an insurer to the insured following a loss caused by an insured risk.

It is the principle that ensures that the insured financial loss is restored immediately after a loss has occurred, and in this way, the insured feels as though a loss has never occurred.

In a legal view, a Contract of indemnity can be defined as a legal contract that subsisted between two-party the indemnifier and the indemnified whereby one among the two-party agrees to compensate for the loss incurred by the other party, either by the conduct of third-party.

Hansell defines indemnity as ” an exact of financial compensation.”

Indemnity holder: This is an indemnified person who is to receive compensation from the insurer{insurance company} following the loss he encountered.

Indemnifier: This is the body that provides compensation to the insured following the loss he encountered.

Assuming Mr. A, is to be allowed to obtain more than indemnity, that’s more than his actual financial losses, he might purchase a car of $50,000 and walk into the office of an insurance company and have that car insured for $70,000 against the risk of accident or fire, immediately the policy has been issued, he may likely proceed to cause damage or set the car on fire secretly of course, and then claims that the insurance company should pay him a compensation of $70,000 and in turn making a profit of $20,000 from the peril.

In other words, if Mr. Mark {insured}, purchased insurance of $80,000 on his building, and unfortunately a fire outbreak occurred and destroyed the whole building.

After consulting a building Engr. who estimated the cost of replacing the building to return to its normality at $50,000.

In this situation, the principle of indemnity states that the insured would only be entitled to that actual cost that would restore the building to its previous position which is $50,000 as compensation.

This is because $50,000 is the only amount required to put them back in their normal financial position.

Following the basis of what constitutes the principle of indemnity, motor insurance is the most controversial class of insurance in most countries of the world, and in most misunderstandings arise related to the “own damage” section of the comprehensive motor policy.

In view of this fact, we are giving some priority to this class of business in our discussion on the practical application of the principle of indemnity.

Total Loss: A situation where there is a total loss, that is, the insured vehicle has been damaged beyond economic repair or is completely wrecked, the insured will be paid the market value of the vehicle immediately before the accident.

Despite the fact that the sun insured or the sum insured is the maximum liability of the insurers in all cases, it does not follow that the insured will always be paid the full sum insured every time there is a total loss.

Partial Loss: In respect of the accidental damage to the insured vehicle, the insurer indemnifies the insured by paying for the cost of repairing the damage.

If the process of repairs results in ” betterment,” that is, if the vehicle is considerably improved, for example, where the whole body-work of an old car has been re-painted or where new tires have been fitted to replace damaged and worn out tires, the insured has a duty to contribute towards the cost of repairs proportionately because he is getting new for old.