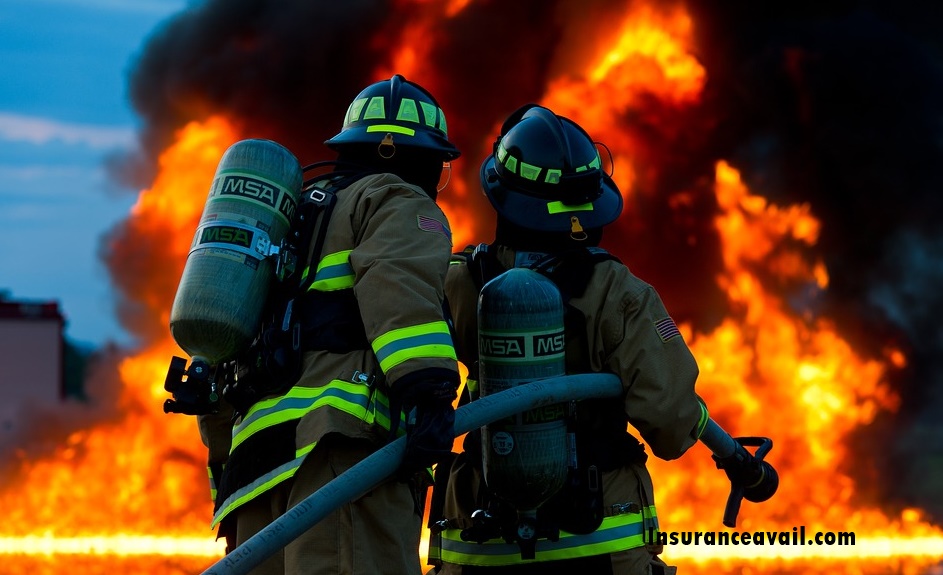 The history of the fire insurance business can be traced to the great fire of London in 1066.

This fire caused a lot of damage and lasted for about four{4} days and nights destroying over 438 acres of ground and wiping over 13,000 homes.

It is recorded that this fire outbreak in London was the most disastrous fire in history and fire insurance was born out of this incident as people seek various alternatives for protection against the occurrence of such risk in the future.

Although the redundant growth in trade and commerce was one of the major factors that facilitated the late development of fire insurance.

Immediately the increase in the performance of the trade and commerce business took off, fire insurance business skyrocketed.

Also, the actions of the law court contributed to the main reason why the principle rule of fire insurance was brought to a standard form.

From the onset, there were zero bases for premium payment and a few individuals among many others took it upon themselves as they gain experience the data went on accumulating and the premium rate become more equitable scientific.

However, the law court procedure and the agreements between the parties to the insurance business also constitute the basis for premium payments.

Meaning and Nature of Fire Insurance

A Fire insurance business is majorly prepared to indemnify the insured for loss or damage to any kind of property such as buildings, vehicles, and machines caused by an accidental fire.

It covers the policyholder against loss of or damage to the insured property, resulting from an accidental fire.

The business of fire insurance does not prevent the outbreak of fire but indemnifies the insured by compensating them for the loss caused by an accidental fire.

The main risk insured against is fire, but the recent years the scope of insurance written in the fire department has extended a great deal. Many special perils, some unrealistic to a fire, are covered on payments of an extra premium.

The different kinds of insurance cover granted by fire insurance can be grouped into the following.

a. Ordinary Fire Insurance: This is issued to indemnify the Insured against accidental fire damage to the private house and its contents. The contents usually are household goods and some personal property.

To constitute a fire within the meaning of a fire insurance policy, the fire must be accidental from the point of view of the insured and there must be an actual cause that triggered the fire outbreak. Any damage arising as a direct consequence of the fire is covered.

b. Special Peril Insurance Cover: These are those perils that are not majorly covered by an ordinary fire policy.

It does not mean that they are not insurable, but are among the list of those perils, which may be covered under a fire policy at additional cost.

c. Business failure insurance or loss of profit insurance: Ordinary fire policy covers the insured person against loss due to fire damage to his material property.

The insurer will make available the money necessary to repair the damage after a proper investigation of the actual cause of the damage might have been carried out.

d. combined or comprehensive Insurance: Comprehensive policies to cover the private building and household furniture and personal effects against a wider variety of risks are written in the fire department of most insurance companies.

Generally, every fire policy states certain rules, regulations, or duties on both the insurer and the insured in the event of the claim arising under the policy.

Provided the insured complies with the policy conditions wholeheartedly without any abuse of the contract generally, and in particular, those relating to the notification and proof of the loss, the insurer is bound to indemnify him for his loss.

Immediate notice of loss: The main reason for this condition is actually to notify the insurer that a loss in which it has an interest has occurred.

This is to enable him {insurer} to think of the best procedure to protect his own interest.

The policy provides that the notice be forthwith or immediate because any delay in advising the insurance company of the loss might prejudice the company’s position.

Proof of Loss: The policy condition in addition to providing that the insured shall give immediate notice of the loss, also requires the insured to produce proof of loss written within a number of days.
Fire loss from the company viewpoint

If the claim is a small one, a claim form would be forwarded to the insured for completion.

Following the increase in the loss and damages caused by fire outbreaks, the insurance company has been designed to indemnify the insured for loss or damage to his/her building or personal property by fire.

We also establish the fact ordinary fire insurance which covers the insured against the loss or damage to his private house and its contents is one of the kinds of fire insurance cover.