The contractual similarities between insurance and risk are like kerosine and stove, this is because the absence of one will, in turn, affect the other; it’s a form of management that involves a significant transfer of risk from one party (insured) to another (insurer).

This implies that for every human activity, there is always a risk as a result of our different economic pursuits; and this alone has affected all the definitions of risk being accepted.

Risk: This can be defined as the possibility of an unfortunate occurrence, the chance of loss, the unwanted event, a chance of financial loss, a chance of mishap or miscalculation of an event. It is the dispersion of actual from the expected results.

Insurance risk: An insurance risk is a threat or peril that the insurance company has agreed to insure against in the policy wordings.

It is the chance of financial loss between the insurance company and the insured in the event of a mishap where the outcome of the event is unknown by the two-party.

According to Okonkwo {1998}, he identifies ways that risk is used in insurance:

1. The subject matter of insurance, that is the liability, life, object, or thing being insured like motor vehicle and building.

2. The insured peril, which is referred to as the cause of the loss or the event that can bring about the loss such as fire, accident, explosion, and negligence.

3. The value of risk in a given insurance contract, that is, the maximum amount the insurer can pay, should the insured event occur.

The following are the type of risks we have.

Fundamental Risk: This is the type of risk that is impersonal both in origin and consequence or effect.

The arising loss in fundamental risks are not normally caused by one individual and their impact falls on a wide range of people. It emanates out of the nature of society in which we live or from some physical occurrence beyond the control of man.

e.g inflation, war, changing customers, tidal waves, arising out of the kind of society, and the last one attributable to some physical occurrence.

Particular Risk: This is the possibility or chance of loss that can be traced to an individual or person.

It is a personal risk both in origin and consequence and as well can be controlled in most cases e.g theft of property, accident damage to personal effect, and the explosion of a boiler.

Pure Risk: This is a transferrable risk. It implies those risks that can be transferred to another person. in other words, they are an insurable risk. Pure risks are centered on the chance of loss only and not the chance of gain. This is to say that pure risk only presents two prospects; loss or no loss.

Speculative Risk: A speculative risk is a risk that holds out the prospect of gain as well as loss or break breakdown.

Speculative risks can be regarded as trade risks because they are associated directly with transactions such as trade and aid to trade, advertising, communication, warehousing, insurance, and banking.

Dynamic Risk: These are those risks that that result from changes in the economy, in the price level, consumer tastes, income, and other output.

It can be traced from the connections with human wants, technological improvement, Innovation, and economic system.

Insurable Risk: Insurable risks are those risks that met up to the insurance policy specifications in such a way that the criterion for insurance is fulfilled.

Certainty and Uncertainty of Risk:

Certainty of event entails a situation where the future occurrence of an event or the outcome of a particular risk is known.

For example, It is certain that one will die, but the exact time is not also known. On the other hand, the uncertainty goes to general insurance which talks about whether it may happen or it may not happen.

For example, if an individual insures his house against fire, it is either that the fire, occurs or it does not occur.

But one thing is certain about the statements, all are surrounded with uncertainty, it is certain that one will die, but he or she does not know when he will die.

Different between certainty and Uncertainty of event:

Finally, the risk is one of the unforeseen probabilities which impinged in human everyday activities and cannot be avoided.

Therefore, for one to be on a safer side, he has to consider the certainty and the uncertainty of the future outcome of a particular risk and be guided on the best decision to make to minimize losses. 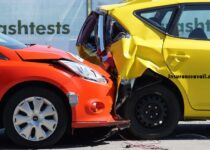