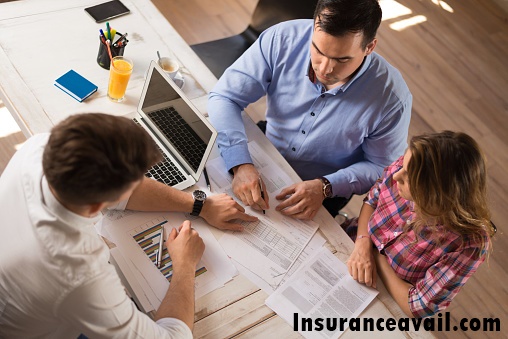 Basic Principles of Insurance: The continual search for the knowledge of insurance contracts aimed at solving the daily arising needs of the society is on increase and it now becoming highly complex and sophisticated in responding to risk.

The underwriting practice, methods of handling claim’s and documentation, however, has relatively become standardized.

The following are the very important principle of insurance that must be considered by the insurer and the insured in any contract.

This entails that each party to a proposed contract is legally obliged to reveal to the other all material facts that will influence the other decision to enter into the contract, whether such information is demanded or not.

A material fact is any information that affects the opinion or decision of other parties to a contract either whether to decline a risk or to accept it if he does accepts it, at what condition.

The insured [parties] to the contract are required to reveal all the possible truth and nothing but the truth in a proposed contract.

However, if any of the parties to the contract fails to disclose material facts, it gives the aggrieved party the right to bridge or terminate the insurance contract ab initio.

Also, there is a certain risk that is unnecessary, insurers may not reject the risk instead they impose some special policy conditions. in such conditions, the material fact has helped the underwriters to do so.

Listed below are examples of material facts in the insurance

The law maintains that a person has an insurable interest in the subject matter of insurance only if the insured is so situated in relation to the things insured; that the happening of the event on which insured money is to become payable would as a proximate which involve insured in the loss of any right recognized by law.

This implies that a person has an insurable interest in a thing if he will be prejudice by its loss or damage. Insurable interest must exist in the following general insurance, life assurance, marine insurance.

These are the insurance principles that manage or guide the procedure for compensation. It is monetary compensation given by an insurer to the insured following a loss caused by an insured risk.

This means that the insurer restores the financial loss suffered by the insured which must be equivalent to the amount the insured incurred ab initio.

In this way, the insured feels as though a loss has never occurred. In this regard, the insured are expected not to make a profit from his misfortune.

Subrogation is therefore the right of a person, who has indemnified another under a legal obligation, to stand in the place of the other person and avail himself of all the rights and remedies available to that other person whether already enforced or not.

Insurance under motor comprehension policy has two avenues of compensation if his car is negligent damage another motorist; from his insurers and from the negligent motorist.

If claims under a motor policy, his insurer takes over his right against the third party, the insurer thus, recoup any money paid under their policy, and the insured is not paid twice for the same damage.

This the principles of insurance where the insurer calls upon others similarly but not necessarily equally liable to the same insured to share the cost of indemnity payments.

The basic point here is that if an insurer has paid a full indemnity, it could recoup an equitable proportion of the claim from the other insurer of the same risk or interest.

If a full indemnity has not been paid the insured would want to claim from other insurers to justify the equitable sharing of the loss.

Proximity cause simply means remote cause or direct cause. It is the immediate cause or the active efficient cause or operative cause. A cause is active and efficient when there is a direct link between the cause and the result.

This principle of proximity is majorly considered when a loss that occurred is as a result of one or two causes and it’s applicable when there are different losses or damages.

The causes must be strong enough that, at each stage in the train of events, that it’s possible to predict what its subsequent result will be in the chain of events.

In conclusion, The basic principles of insurance listed above have been given a detailed explanation and we would want to get your feedback on the comment section with regard to your contribution or any challenge encountered while reading from our website. Thanks